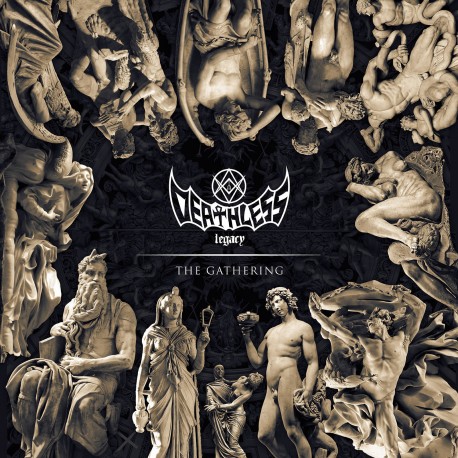 Deathless Legacy released their debut album 'Rise From The Grave' in 2014. A summary of the horror and the macabre haunting their creepy minds, this talented group of young musicians was able to create a hazy, powerful and captivating sound, which they like to call Horror Metal. In June 2014 Deathless Legacy were chosen as the opening band for Rob Zombie in Milan, while in September 2014 Alessio Lucatti (aka Alex Van Eden) from Vision Divine joined the macabre circus. In May 2015 the band won the Italian Wacken Metal Battle and in August of the same year they hit the most important stage a metal band could dream of: Wacken Open Air in Northern Germany.

After having signed a new deal with Scarlet Records, Deathless legacy are now ready to release the second chapter in their fast-rising career, 'The Gathering', another horror-infused album which creates creepy musical landscapes and atmospheres while exploring occult and esoteric themes. The Gathering was recorded at Eden Studio in Pisa, Italy and mixed & mastered at Domination Studio in San Marino by acclaimed producer Simone Mularoni (DGM). And if the band's influences are unmistakable, it is also true that their music stands out as something unique, as it’s particularly evident during the very theatrical live shows they are known for